Sad face.  It’s the third and final update for the Calorie Accounting World Southwest-West-Coast-Semi-Midwest-American-Regional Book Tour, and I am majorly depressed about it!!  The thing is, #tourlife really works for me.  For the most part, anyway.  I am addicted to the idea of living and dying by the tightest schedule imaginable, where every on-time appearance feels like the hugest victory, and the whirlwind receiving line of friends and family (and dareisay fans!) coming to cheer us on in every city gives us the rush and the high we need to peel out and haul ass to the next one.  Wash, rinse, repeat.  (Though ironically, #tourlife allows for fewer showers than one might consider ideal.)  The only thing that really got to me was the fact that our XM radio gave out after Week 1, and eventually the entropic clutter that came to be in the back half of the minivan was definitely messing with my head.  But besides all that, it was heaven and I never wanted it to end.  Let me take you through the final act…

We left off where I was about to take a run through the ridiculous hills of San Francisco, right?  Well, that was about the most embarrassing exercise session of my life.  I don’t know how you Frisco Joneses do it!  You must have the best butts in the business though, I tell you what.  I was huffing and puffing like a snuffleupagus.  But it was a good workout, and unfortunately, admittedly, the last one I was able to fit in on the road.  V. important, because I followed it up with the most glorious picnic at Baker Beach, full of delightful summer salads, blackberries, cheeses, and some hard-earned Anchor Steam.  This might have been the best afternoon of the whole trip. 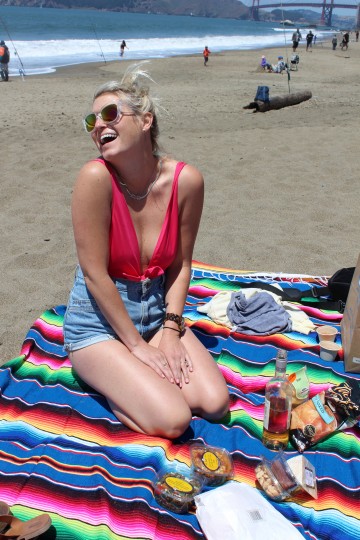 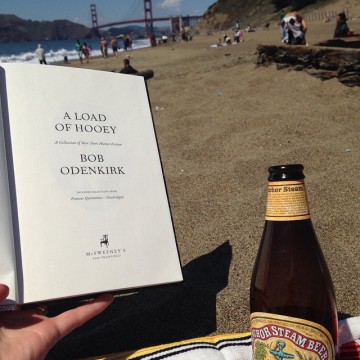 I also helped a man with his fish: 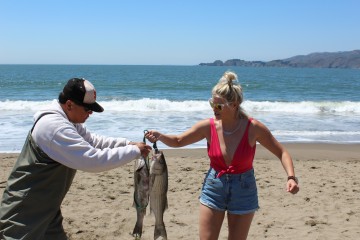 Once I was satisfactorily sunburnt, it was time to head over to Pause Wine Bar for the evening’s event.  I was thrilled with the turnout–old friends from my pre-teens, angsty-teens, and terrible-twenties all showed up!–and I was able to convert a handful of perfect strangers at the bar into eager Accountants as well, so Mission (a little San Fran humor for you) accomplished!! 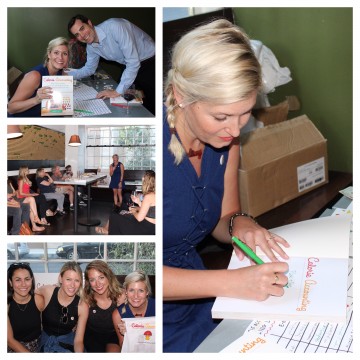 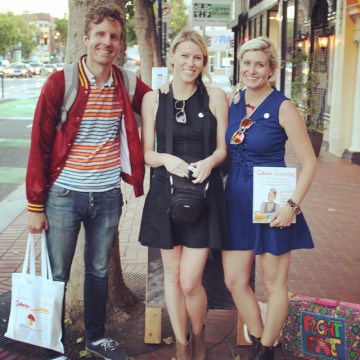 After the SF show, we had to drop Sister Sam off at the airport for her redeye back to NYC, and Billy and I drove as far as we could into the night, Portland-bound.  We stayed at a haunted/dragonfly-infested Twin Peaks-y motel (my fault; we should have gone for the Motel6 but I can’t resist the kitsch), then in the morning, as if lumberjack country was laughing right at me, I drove over an ax in the road and we had to get a new tire.  (A travel tip for those not in the know–your car rental company will reimburse you with the receipt!  Learning!)  Despite the detour, we miraculously made it to Portland’s adorable Annie Bloom’s Books on time, and I did my reading/discussion/signing, where a feline was a part of the audience for the first time! (But hopefully not the last!) 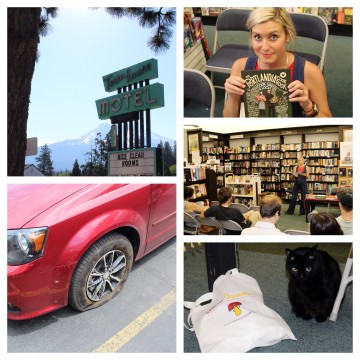 Shame we couldn’t stay any longer in PDX; it’s my favorite place to gain ten pounds in a weekend.  But for our purposes, maybe that was a good thing.  It was on to Kansas City.

On a Wednesday, Billy and I drove 1200 miles.  TWELVE HUNDRED MILES.  We drove and drove and drove and drove.  I’d drive and sing along to the Killers while he slept, then he’d drive and react to sports radio while I slept, then we both slept and left a box of books on the gas and crossed our fingers.  Somehow, after a day and a half, we ended up in the fantabulous Zona Rosa shopping mecca of Kansas City, hey hey hey.  We had a very fun and very fruitful meet-n-greet, made friends with the proprietor of the Kansas City Mark Zuckerberg Book Club, learned that Kansas City Italian weddings cost more than your house (and that if you pawn your engagement ring to pay for the cake your fiancé will be upset), and got super jazzed for the eagerly-anticipated release of Jurassic World.  (We’ve since decided we’ll wait for it to come out on video.)  In a word, it was weird.  In two words, it was weird and wonderful.  And soon enough, like lightning, we were on our way to Cincinnati. 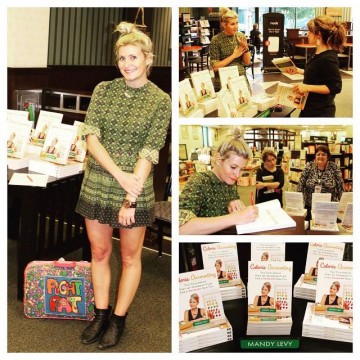 Cincinnati, Ohio.  I talk about it a lot in the book.  I spent four kind of random years of my life there.  It might almost be my favorite place I’ve lived.  There’s literally no place like Cincinnati, so full of energy, and history, and reinvention, and support, and love, and creativity, and art, and goings-on, and involvement, and community.. it’s like a little bubble of fun and productivity, and hardly anyone knows about it.  But I’m happy I’m in on the secret.  As predicted, our Cincy show was a smashing success, and the West Chester B&N signing a couple days later was a real hoot too! 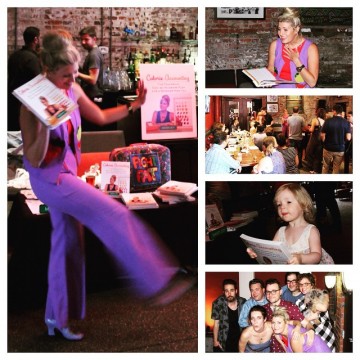 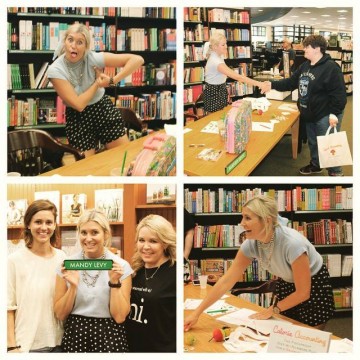 After returning Old Nellie (the minivan, for those who have never road-tripped with a Levy), I was able to enjoy a couple of days to sleep in (yeah right, I had to go immediately back to work the following morning), and find clarity (yeah right, I was out of my mind at my office desk and didn’t know where/who I was), before wrapping it all up at one of my top 5 suburban Chicago childhood malls, Orland Park.  It had my favorite Contempo.  I was completely blown away with some total surprise guests–blasts from the pasts who I hadn’t seen in years, in some cases decades.  (I used to watch TGIF with one of these lovely ladies back when Family Matters and Step-by-Step were still in the top slots!!) 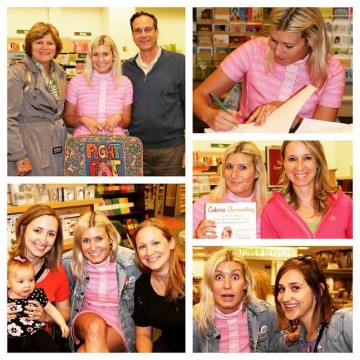 I’m going to take a teeeeensy tiny break, watch some Orange is the New Black, lay out in the sun a bit, and I’ll be back in a couple weeks.  City Lit Books, Logan Square Chicago, July 9.  The day after Weezer at Taste of Chicago, if that keeps things more organized for you.

Love you guys.  I just lived the most incredible 3 weeks of my life, and that’s for real. 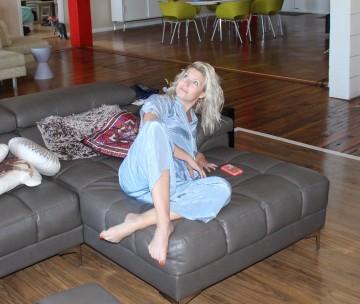